Αρχική For Our Friends Abroad The mountainous villages of Rethymnon – Anogia, Spili, Meronas 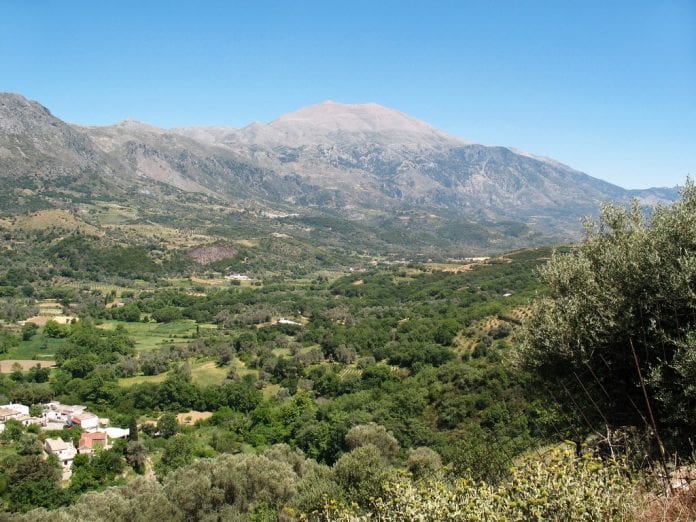 The authentic Cretan “soul” and tradition are preserved in the mountainous villages of Rethymnon prefecture. So, If anyone really wants to get to know the true face of the island, we recommend visiting at least some of them.

Anogia are built in a breathtaking landscape under the shadow of Psiloritis.

Apart from the rich revolutionary action, Anogeia is a village rich in culture, as in this glorious place was born the famous Cretan singer Nikos Xylouris, (the archangel of Crete ). You can visit his father’s home, operating as a museum. Additionally, every summer the cultural events of “Yakinthia” are organized in the village.

Drink your coffee in one of the village’s traditional cafes and visit the “Ideon Andron”, the cave in which, according the mythology, Zeus was born, located near the village.

Spiti is about 30 kilometers far from the town of Rethymnon. There you can admire the 25 stone fauces with running water from the mountain, shaped like a lion’s head.

You can relax under the coolness of its centenarian plane trees and visit Monastey of the “Holy Spirit” and the chapel of “St. Anthony”, in the southeast of the village.

From the settlement also passes an E4 path, as well as the “Kourtaliotis Canyon”, which ends in the famous Preveli palm forest.

(In my opinion, “Spili”, is the most beautiful among those villages).

Built at an altitude of 620 meters, overlooking Psiloritis, Meronas is one of the most beautiful villages of Rethymnon.

In the middle of the 14th century, Alexios Callergis, a member of the well-known Cretan noble family, whose coats of arms are still visible in the church of “Panagia (Virgin Mary) of Meronas, settled there.

At the beginning of summer, the village is full of cherry trees loaded with cherries while on July 27, the grand feast of “St. Panteleimon” takes place there. Also on Ash Monday, many local customs are revived in the village.

Walking in the alleys of the village, you can admire the traditional architecture with the Venetian elements and make a stop at Miyospilio (where according to legend the rituals of the Kourites took place).

Gastronomy Days 2022 in Heraklion, the capital of Crete

Meet the village of Bali – A piece of heaven on Crete

The city of Heraklion

The deserted Monastery of Varsamonero (video)