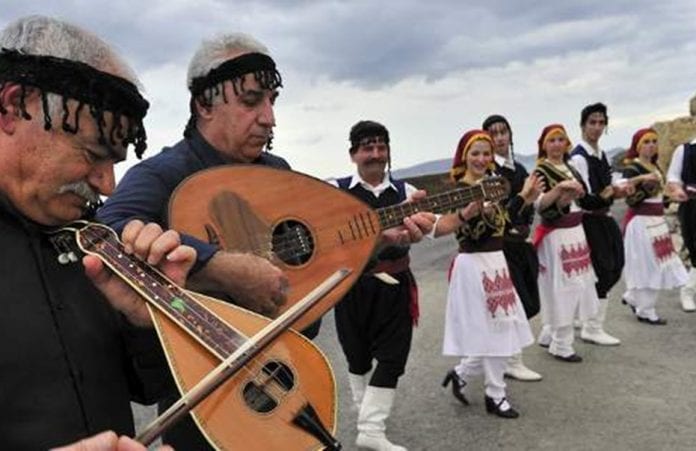 The word sariki is a Turkish remnant and comes from the Latin Caissarion, which was the overlap of Caesar’s head that declared the degree of power.  It is said that the Cretans wore a specific sariki since the end of the 15th century, which they called «tzevre» when it was colorful.

The modern knitted ‘’sariki’’ with thick fringes that look like tears, appeared in the 20th century. Its fringes symbolize the many years of Ottoman rule in Crete and the sorrow and the lament that caused the Holocaust of the Monastery of Arkadi in 1866. It is knitted in two embroidered colors, in white and black! White is usually worn in joyful circumstances such as weddings and baptisms, while black shows pride and mourning.

The magical aloe juice of Crete

The magical aloe juice of Crete

Vrisses village – An oasis at the foot of the White...

Matala – The village that became a legend