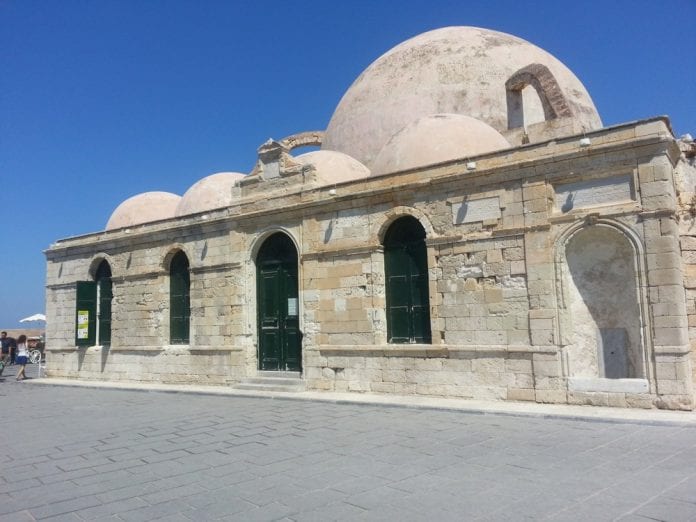 The “Giali Tzamisi” mosque, located in the Venetian harbor of Chania, is the unique preserved mosque in the city, built during the second half of the 17th century. It is commonly known as, “Kioutsouk Hassan” (little Hassan) or “Giali Tzamisi” (the Mosque of the sea) and constitutes a unique sample of islamic Renaissance art. It was built on the site of a preexisting Christian temple after the conquest of Chania by the Ottomans in 1645, (honoring Kioutsuk Hassan Pasha).

The mosque has a large semispherical dome and stone arches, which are the project of the same Armenian architect that built the mosque of Spaniakos, near Paleochora. The mosque was surrounded by a yard with palm trees, which hosted the graves of the Ottoman rulers. It ceased opetating in 1923 while its minaret was demolished in 1939.

During the 2nd World War it housed the Archaeological Museum of Chania, but then, it was used as a folklore museum, tourist information point and exhibition venue.

The Cretan Lyre and its “soul” (video)

Have you tasted the cretan dakos?