Αρχική For Our Friends Abroad Dittany or Erondas – The “love” herb 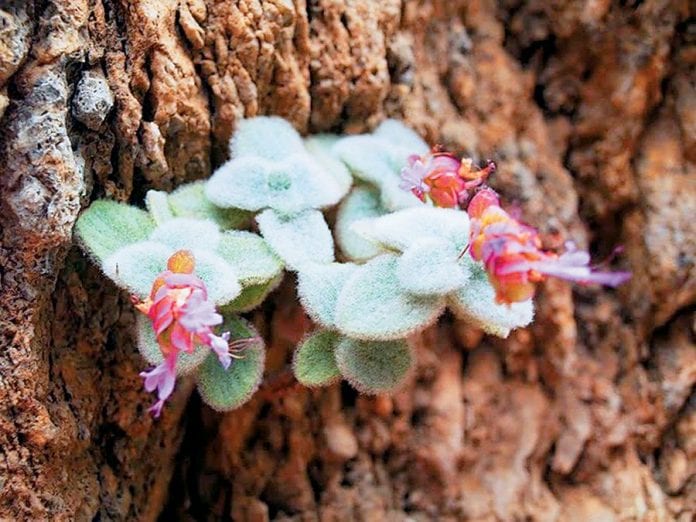 Dittany (dictamo), is an endemic plant of Crete, named after the mountain“Dikti”, where there was plenty of it during the past years. The other name of dictamo, “erondas” (love), was given in the Middle Ages, because whoever wanted to declare his love, used to climb on the steep mountain cliffs, to cut the most beautiful bunch of the herb, in order to offer it to his beloved.

The leaves of the dittany are gray-green in color and fluffy and its flowers are violet in color. Its height does not exceed 40 cm while it has a very strong odor and taste .

It grows on cliffs and steep slopes and this makes it very difficult to collect. It blossoms and is collected during the summer months.

In Minoan Crete, as well as in ancient Greece, it was one of the most important medicinal plants, as its healing properties are even mentioned by Hippocrates, who used it against diseases of the digestive system, to rheumatism and elsewhere.

One of the most important actions that dittany presents and has been studied enough, is its antioxidant one. Also, many studies have been done investigating its antimicrobial activity.

In the healing properties of the dittany, some more have been added, either by studies or by their references to folk healing. It is also recommended for gastrointestinal disorders, colic and inflammation.

In Crete, there are several craftmanships that pack dittany and sell it not only to the local, but also to the world market.