Αρχική For Our Friends Abroad Avdou – The traditional village (video) 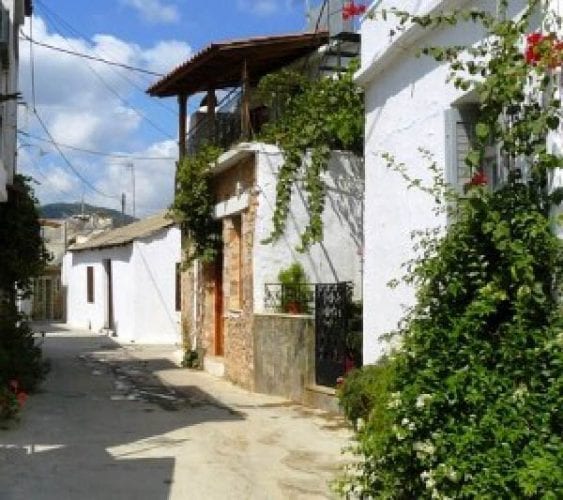 Avdou village is situated 38km east of the city of Heraklion and 15km from the Chersonissos village on the road leading to the Lasithi Plateau. The village of Avdou is located in a semi-mountainous location at an altitude of 230 meters, borders the canyons of Rosa, Ampelos and the cave of Ag. Fotini and overlooks the lake of Aposalemi.

The village of “Avdou”, according to tradition, was named after the name of the prophet Avdios. Nowadays, about 300 people live permanently in Avdou.

In Avdou area there are scattered remarkable historical monuments of Byzantine and post-Byzantine churches. Some of them are the church of Agios Konstantinos, which, according to a historical inscription, was built in 1445 and has very interesting frescoes on its walls.

The Agia Fotini cave is located south of the settlement, on the slopes of the “Louloudaki” hill, at an altitude of 768m. Close to Agia Fotini cave, is the cave of Faneromeni, were findings of Late Minoan, Hellenistic and Roman times, testify the worship of the cave. Moving towards the monastery of Agios Ioannis and Agia Anna, there is a landscape of a special natural beauty, with kermes oaks and maples which reaches at an altitude of about 700m where the view is panoramic.

The picturesque Avdou is pulsing in summer because of the many cultural events in the square of the village. Tradition in the village remains alive as its visitors experience the real side of Crete and Cretan tradition.

Oreino Gorge or Gorge of the Red Butterflies